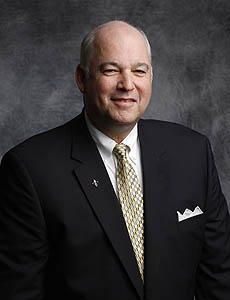 Captain Jack Capella SC USN (Retired) completed a 28 year Navy career in October of 2004 and joined Georges Enterprises in 2005 as its President. A 1977 graduate of Tulane University and a 1984 graduate of Loyola Law School, Mr. Capella spent 12 years in the Jefferson Parish District Attorney’s office. He was appointed District Attorney in 1996. Mr. Capella’s private law practice focused on Business and Governmental litigation. He represented the Louisiana Stadium Exhibition District (The Superdome) from 1992 through 2002. He was the attorney and Chief Operating Officer for the New Orleans Hornets from 2001 — 2005. He is a member of the Louisiana State Bar Association, the Jefferson Bar Association and is a founding member and past Chairman of the Jefferson Chamber of Commerce.