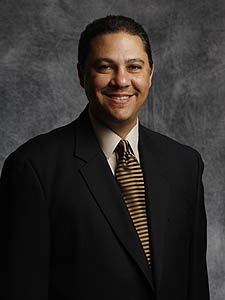 Wayne Baquet currently serves as the President and Chief Executive Officer of Imperial Trading Company. Mr. Baquet comes from a long line of famous New Orleans-area restaurateurs. He has been working in his family’s ten restaurants since he was eight years old and is carrying on the food tradition through Imperial Trading. Mr. Baquet joined the Imperial Trading team in 1990 as an accounting manager. He has been President and CEO since 2005. Mr. Baquet graduated from Tulane University in 1990 with a B.S. in Management. He is a certified public accountant and a graduate of the Louis A. Bantle Institute and the Leadership Project sponsored by Syracuse University. Mr. Baquet’s professional affiliations include the YES Adult Literacy Campaign, the St. Augustine High School Alumni Association, the Louisiana Society of CPA’s and the Louisiana Association of Wholesalers.